Busy - May not Respond
Hello everyone! This is a thread dedicated to share OCs, ideas, discuss, constructive criticism, or whatever you want related to OCs as long as it is SFW (if it’s NSFW, spoiler it) and respect the rules of the site.

You don’t necessary need to be an artist or have an OC to participate, maybe you could just simply share a design that you like, or make a random comment. You decide what you want: the topic is unspecific.

That’s all what I have to say, hope this thread is to the liking of all of you.

If you want to discuss non-pony OCs, you can go to this thread
Posted 5 years ago Report
Edited 3 years ago because: Update 1.2 – Grammar
Link Quote Reply 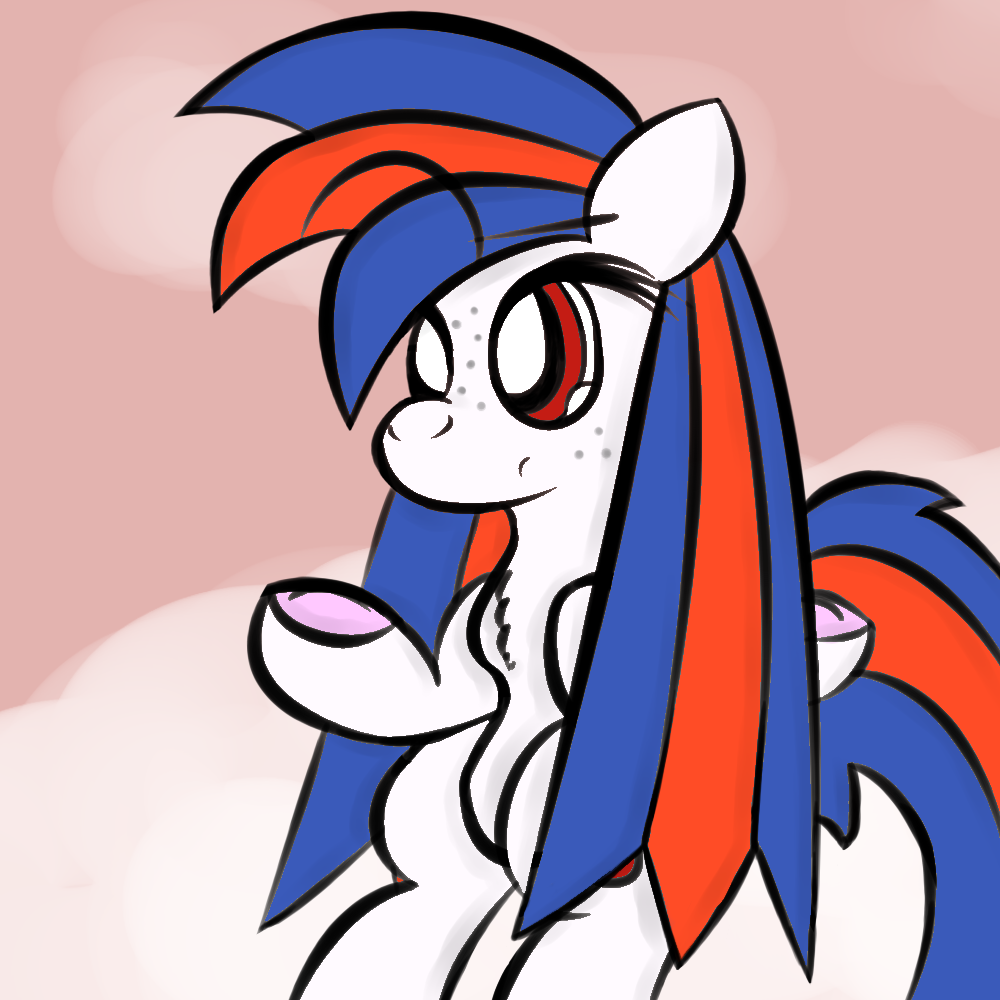 Just sharing her, nothing else! ^^ For more info/her blog, message me.

Cow Girl Addict
I have an OC addiction. Currently sitting at 70 and I always want to make more. :v
Posted 5 years ago Report
Link Quote Reply

I like her long mane! Though this is the first time that I see her.

Would you want to share some of them? Personally I only have 1 OC but I have in mind to create other one.

will return
behold my oc, drawn by the one and only badumsquish:

man, when the accessories on the kraus are just right…
! Moderator
extra fun at parties
You know not what you awaken.

@LordDerpy
Me too. Although the number of OCs that are more than design/name combos is closer to 40 on me so not that much. I have 17 draws on here and they feature 9 different OCs this far so….

This far the most drawn is this little hellion, Dinky Twink

Busy - May not Respond
@DanielTepesKraus

He was very kind to do a vector of your OC for the Community Event. Indeed, very accurate with the accessories!

I’ve just realised that I forgot to show my OC, she’s Aureai. It took me 5 years to finally decide the final design of my ponysona, but I’m really happy:

Woof
Omg we already had an oc thread and nobody replied to it for weeks. Guess it was just time for a new one?
Posted 5 years ago Report
Link Quote Reply

Busy - May not Respond
@Ranch

We have? I’ve looked for one but I didn’t found anything except of a thread that has been inactive for a while ago, but it was more a thread dedicated for review than a general talk.

The Prodigy Unicorn
Here’s My OC. 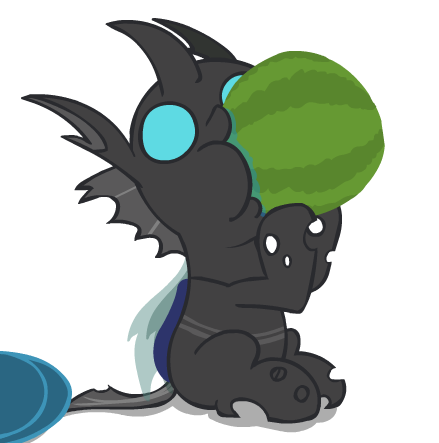 He even don’t have personality

Compared to others oc’s, it’s nothing.

PM me Maud pics
@TheAnonShy
I don’t think there has been a general OC discussion thread, just the review one. Maybe ask the mods to sticky this one like the artist group chat threads?

Anyways, i posted some of mine on the review thread, and i might as well post them here too. Starting with this girl, cuz she’s the one i’ve put the most thought into and whose design i like the best;

Midnight Dew, the somewhat bitchy aristocratic dream-magic horse. As evidenced by her dreamcatcher cutie mark, she’s an oneiromancer aka she can fuck with anyone’s dreams pretty much however she wishes. However, there’s a drawback to her ability; she only has full use of her magic when she is asleep. When awake, she can barely lift a teacup with her magic, something she is very self-conscious about. Thanks to her stern aristocratic upbringing she hates failures and embarrassments, and has a bit of a hair-tigger temper when it comes to any perceived denigration of her magical abilities.

She’s a bit like that Restoration mage in Winterhold if you’ve played enough Skyrim to know what i’m talking about. Oneiromancy is a perfectly valid school of magic!

I actually originally designed her as the antagonist for a story i never got around to writing, in which a vengeful oneiromancer is causing nightmares all around Equestria and it’s up to princess Luna to try to stop her. Since i’m a lazy shit i never got around to writing that particular story, but the villain’s design lives on, albeit with some fairly major changes to make her look less sinister. She was originally a lot more gaunt and sickly looking, now she just looks a bit tired and bitchy for the most part.


And then there’s this girl:

Bittergreen. Yes, i named her after an alchemy ingredient from Morrowind

She is a herbalist with a special interest in poisonous plants, deadly or otherwise. Not that she would ever actually poison anyone, mind you. It’s just scientific curiosity, you understand.

Other ponies aren’t so sure about that, and are quite happy to keep their distance from her. She is quite happy to be left alone as well. She gets along better with her herbs than she does with other ponies. She does know a fair bit about healing herbs as well, but she just finds plants that don’t cause horrific death to be, well, a bit boring.

She’s also a herbal tea enthusiast, but no one ever wants to try out her special brew. Gotta wonder why.
Posted 5 years ago Report
Link Quote Reply

Moderator
extra fun at parties
(So, is this going to be an OC thread or a ponysona thread? And can we possibly have a distinction because those are basically a very different thing… I feel awkward about just pointing this out but it’s weird talking about fictional characters and RL people’s avatars/alt selves in the same thread………)
Posted 5 years ago Report
Link Quote Reply

Uh, I forgot to answer. I created this thread with the idea of sharing OCs, doesn’t matter if it’s ponysona, ponyfication, etc., because at the end all of them are personal creations. If you want you can specify what kind of OC is the one that you share.

As I said in the first post, you can post whatever you want meanwhile it’s related to OCs~

Hoof Boi
I will post my ponysona here then. I actually adopted him recently.

Anyways, this is me, Soul Dew (my username is SoulDewLatios or a variant of it). 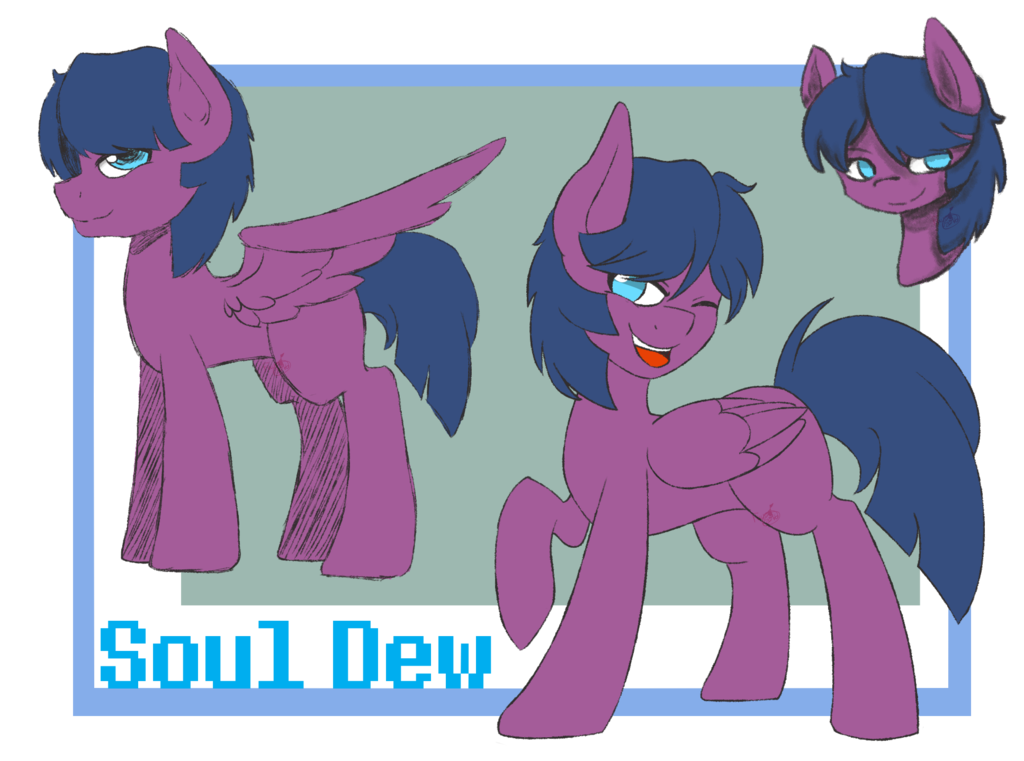 For more info about him (me), message me.

And the person I adopted him from:
DA: FuyonaEmonilla
FA: CuddleStarFX

Sure, that’s why I created this thread, you can discuss everything!

ᗡ: 📶 📡
I ponified the site theme colors into an oc:

Busy - May not Respond
@Badumsquish

Aww, she’s cute! She looks quite a lot to the dark theme, which is good because dark theme is best theme.

I’ve been working on an OC recently. I’m leaning toward “Creekseed” as a name, although I was thinking about “Trailblazer”. I started off with a color palette from this rural scene to start her off.

I recruited the help of a 4chan anon to improve the design. They came up with this:

I think the revised version is marginally better, but I feel like there’s still room for improvement, especially with the cutie mark. Any ideas? I’m not an artist, so it’s tough to work out ideas independently.

The idea is that Creekseed (or whatever she’ll be called) is an outdoorsy pony who is a bit of a redneck.
Posted 5 years ago Report
Link Quote Reply

Ocs,Boops,Tickles&Memes
I think I have an oc addiction ;~;
Posted 5 years ago Report
Link Quote Reply

ᗡ: 📶 📡
Behold the most normal OC I ever made. He exists to be shipped with a ponified Medusa:

She’s got great colors. And I love Creekseed as a name.