Derpibooru Community Collab! It is time for us to make another community collab image! Let us all have fun and draw some pony. Learn how to participate here.

Sex On Fire by Kings Of Leon

💙Glass Sight's Chocopon💙
@Myoozik
That's funny — I was listening to "Sex On Fire" just half an hour ago!
Posted about 1 hours ago Report
Link Quote Reply 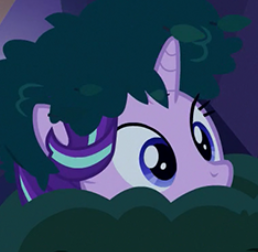 What have I become...
Caligula's Horse — A Gift To Afterthought
Posted about 2 hours ago Report
Link Quote Reply

Shine On U Crazy Diamond
@Myoozik
I know

Tell Him by The Exciters
What In The World's Come Over You by Jack Scott
You Turn Me On (Turn On Song) by Ian Whitcomb & Bluesville
(You've Got To Move) Two Mountains by Marv Johnson
Respectable by The Outsiders (The Isley Brothers cover)
Mother-In-Law by Ernie K-Doe
Honey by Bobby Goldsboro
A Question Of Temperature by The Balloon Farm
Tell Me by Dick & Dee Dee
Stick Shift by The Duals
Lovey Dovey by Buddy Knox
Niki Hoeky by P.J. Proby
You Can't Sit Down, Pt. 2 by The Philip Upchurch Combo
My Boomerang Won't Come Back by Charlie Drake
Party Girl by Bernadette Carroll
Back On The Street Again by The Sunshine Company
Michelle by David & Jonathan (The Beatles cover)
Old Rivers by Walter Brennan
Never On Sunday by Don Costa & His Orchestra
An Open Letter To My Teenage Son by Victor Lundberg

What have I become...
Silent Planet — Depths II
Posted a day ago Report
Link Quote Reply

Shine On U Crazy Diamond
@Myoozik
I know several of these

Denise
For Your Precious Love
Sukiyaki
The Mountains High

Chantilly Lace
The entire "Lost Hits Of The 60's" album

Nobody But Me by The Human Beinz (The Isley Brothers cover)
The Mountain's High by Dick & Dee Dee
You're Sixteen by Johnny Burnette
Burning Bridges by Jack Scott
He'll Have To Stay by Jeanne Black
A Little Bit Of Soap by The Jarmels
Jean by Oliver
A Wonderful Dream by The Majors
Don't Just Stand There by Patty Duke
For Your Precious Love by Garnet Mimms & The Enchanters (Jerry Butler & The Impressions cover)
Sukiyaki by Kyu Sakamoto
Little Bit O' Soul by The Music Explosion
Queen Of The House by Jody Miller
I Love You by People! (The Zombies cover)
Elusive Butterfly by Bon Lind
Denise by Randy & The Rainbows
White On White by Danny Williams
Close To Cathy by Mike Clifford
Keem-O-Sabe by The Electric Indian
No Matter What Shape (Your Stomach's In) by The T-Bones

If you do not specify a field to search over, the search engine will search for posts with a body that is similar to the query's word stems. For example, posts containing the words winged humanization, wings, and spread wings would all be found by a search for wing, but sewing would not be.